Joseph Trujillo, a masters student, spoke on communication in science. “Science isn’t finished until it’s communicated”- Sir Mark Walport. He shared his research called KPHI TV which strives to interpret the way broadcast meteorologists communicate during severe weather. Email joseph.trujillo@noaa.gov for anyone interested in meeting the broadcast meteorologists coming to do research this October with KPHI. Find him on twitter: @LatinWx

Meteorologist Damon Lane spoke about how he got to be the Chief Meteorologist in OKC, giving the advice to have thick skin, and go where the job is after college. He emphasized the struggle of broadcast meteorology jobs out of college, and working up the market. He discussed the issues with the schedule of a broadcast meteorologist, not knowing when you’ll need to be called in the station. An interesting aspect he revealed about a television station is that they lose a lot of money if they can’t display commercials, so it isn’t for ratings that meteorologists hype up events. His final advice for students, keep your social media clean.

Roger Edwards spoke on his unconventional path in meteorology as the SPC lead forecaster. He talked about being transfixed by severe weather, and how meteorology was his calling. He attended OU, stating that the best thing to do in school is time management. “Be sure you learn as much as you can from the people you meet in this profession.” He worked with the NHC, and the NSSFC-SELS before coming back to Norman with the SPC. He mentioned respecting storms, saying its ok to love them but respect the damage they can do. His final words: put in the effort, self-discipline, take advantages of opportunities, have integrity, life balance, and pay it forward. Find him on twitter: @SkyPixWeather, and email: roger.edwards@noaa.gov.

Dr. Connor J. Flynn is a Senior Research Associate with the (CL)^2EAR Group with a unique career track. He was very into cooking from a young age, and translated that to science. He earned a B.S. in Physics from Eastern Washington, and later got his PhD in atomic physics to teach and conduct research from University of Idaho. A piece of academic advice: “If you take a punch in the nose [in terms of grades] don’t give up.” He talked about suppressing your pre-conceptions, trusting the science. He was employed by PNNL with the Atmospheric Radiation Measurements program, specifically with Aerosol Translator. He is very well-versed in field campaigns. He worked with NASA before Dr. Redemann invited him to work with (CL)^2EAR at OU.

Things to improve on for the next meeting include: accounting for more percent error within RSVPs in regards to food, and remembering everything to set up (e.g. remember paper towels).

In terms of budget, catering costs have to be knocked down this year. There’s no room for error with the current budget.

Dates for upcoming meetings have mostly been arranged around Freshmen-Seniors exam schedule through this Fall semester.

The Hurricane Relief Fundraiser will be the three core SoM organizations (SAC, SCAN, and OWL). Someone needs to man the table at all times, whether we have a bake sale or just a donations box.

The Chapter Poster for AMS should be started shortly by board members who are interested to help. 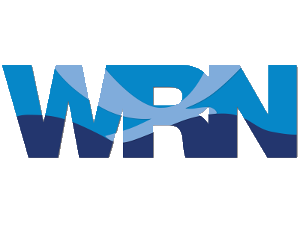